Home > About Us > Clergy and Staff 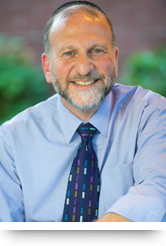 Rabbi Kenneth Stern has a passion for people, Judaism and Israel, and for teaching and transmitting our tradition. He brings to our congregation an abundance of energy, intelligence, empathy, and humor. He initiated our Shul-and-School programs, and continues to emphasize that we are an intergenerational/cross-generational community. He possesses a tremendous breadth of Judaic knowledge. Whether comforting the bereaved, visiting the sick, reaching out to members, and welcoming new faces to the Synagogue, he has a warm, outgoing personality and informal style that has won the respect and admiration of the entire Congregation. He is also an avid fan of the BBC World News. Rabbi Stern was ordained at the Jewish Theological Seminary and has lived in the NY area for the past 17 years.

For the past 18 years our Cantor, Paul Zim has lifted our spirits with his glorious voice and presence. His many recordings, music books, and concert appearances are known throughout the Jewish world and have drawn countless worshippers through our doors. He has captured the hearts and souls of our congregants with beautiful music, and has made the melodies of the synagogue services accessible to all. With his enthusiasm and vitality, Paul has encouraged and inspired our children and adults to be an integral part of religious services throughout the year. Paul is always ready to share his love of music, so when you meet him just ask him to sing you one of his many favorite melodies. He will be happy to oblige! 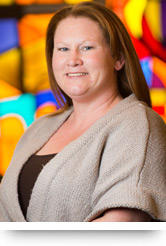 Debbie Mulholland came to work for Gesher Shalom in 1999 as a part-time secretary for the Hebrew school. Over the last 20 years she has held many different positions such as, receptionist, Rabbi’s secretary, assistant to the Executive Director and is now our administrative assistant. What started as a small job while she finished college has turned into a career. She loves this synagogue and feels it is her second home; her co-workers and the congregants, her second family. Debbie resides in Oakland with her husband of 24 years, with whom she has four children and eight grandchildren. As anyone who knows her can tell you, Debbie has an astonishing amount of energy. 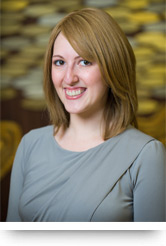 Yael Gevertzman, a graduate of Barnard College, began her marketing and digital media career at MTV Networks and Warner Music Group. She changed her career path 10 years ago and started working for Jewish organizations with a focus on administration and digital marketing. She has been with the JCC of Fort Lee since April 2013. Currently, she maintains and updates the website and social media pages, and creates all marketing and promotional materials. She resides in Teaneck NJ with her husband Jason,  their daughter Jessica, and son Andrew, who are two of the cutest kids in the entire world. 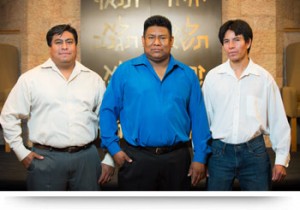 The most junior member of this seasoned crew came to work here in 2002. They know every inch of this facility and are equally dedicated to caring for the building and the Congregation. We rely on them for so many things that it’s hard to imagine what life around here would be like without them. For starters, we’d probably never figure out which storage room to look in for some of our supplies!